back to news
Abelard Werserian: A Man of His Duty

Rogue Traders are the bright stars of the Koronus Expanse. They traverse the void, conquering savage worlds, hunting ancient treasures, and bringing the Light of the Emperor to the wild frontier. Their great minds are focused on major tasks (or distracted by the pleasures that the lavish lifestyle of Imperial nobility brings… but that's another matter). In any case, each Rogue Trader needs a trusted person to handle the not-so-great tasks, like keeping the colonial governments on all those conquered worlds from falling apart, or turning all those ancient treasures into actual profit. Enter the Seneschal.

Decades ago, the diligent and imperious Abelard Werserian was first officer on a cruiser voidship, until fate intervened in the form of Theodora von Valancius, an eccentric, wayward Rogue Trader. Different as night and day, the pair learned to appreciate and respect each other during a joint operation between Navis Imperialis and Rogue Trader forces. Impressed, Theodora claimed Abelard as her new Seneschal – a position that confers the highest honors, as well as the greatest burdens.

Decades later, Abelard, as the Rogue Trader's right hand, remains vigilant against threats to the von Valancius trade empire. Time and its tribulations have turned his hair gray and his demeanor even more difficult than it was in his Navy days. And yet Abelard is still one of the most reliable of the Rogue Trader's crew, fiercely loyal to the trade empire he helped to build and operate. Anything that endangers this precious creation he views as a personal threat. And these dangers are many, for great and fearsome powers lurk in the depths of the Koronus Expanse. Is there still enough strength in the aging Seneschal’s hands to hold the trade empire together and protect it from ruin? 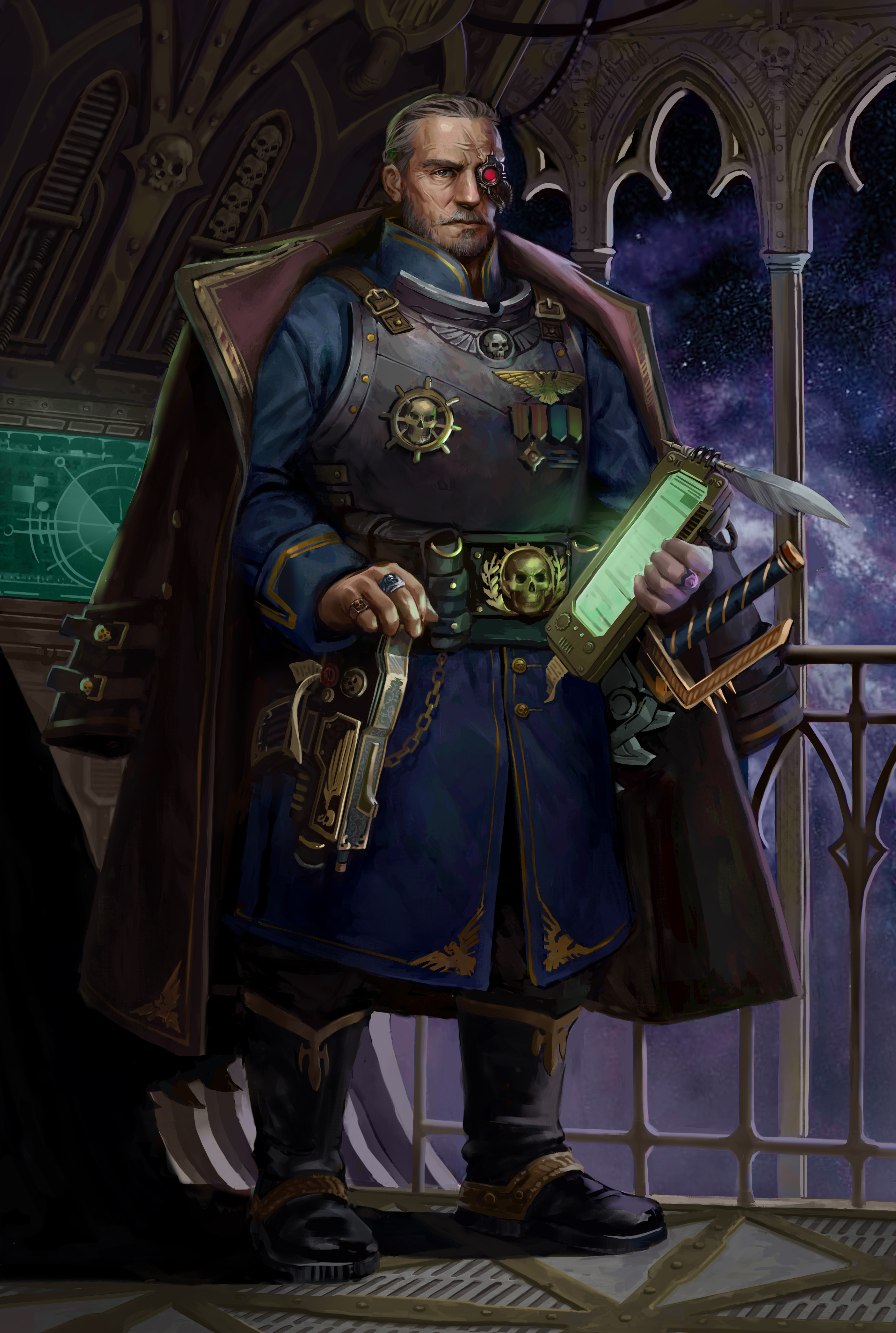 Share this post:
Thank you!
Check your inbox for a confirmation email, and confirm your subscription.
想了解更多关于游戏的信息吗？
订阅即可接收最新动态